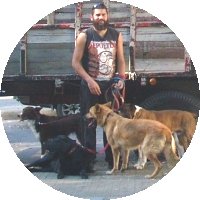 Creating more and better Jobs: What do we know? What can be done?

More jobs are not good enough – sustainable development also requires the creation of better jobs, i.e. those that can provide a ”decent” pay and a minimum level of social protection. On 7 May 2008, experts met in Rabat (Morocco) to discuss ways in which to achieve this important policy objective. Participants highlighted the importance of economic growth, but also agreed that growth alone is not sufficient. Many trade-offs exist in the quest for more and better jobs, notably the clash between quantity versus quality in job creation; the need for higher skills versus inequality; and the time inconsistency problem for policy making. Demographic factors were another focus of lively discussions. Again, countries differ significantly in this respect. While high youth unemployment is seen as a major problem in many countries of the Middle East and North Africa (MENA) region, India considers the high percentage of young people as a ”demographic dividend”. The extension of social protection and – more generally – the recognition of the economic importance of the informal (mostly unprotected) sector was seen as an important prerequisite for poverty alleviation and the political feasibility of reform. Although no consensus emerged on the importance of labour policies relative to other related reforms, participants agreed that evaluations and innovations in the area of labour market policies are key to improve the performance of labour markets.

Women, gender and the informal economy: An assessment of ILO research and suggested ways forward

This ILO discussion paper provides a review and analysis of the International Labour Office’s (ILO) research on women, gender and the informal economy. In particular, it compares and contrasts analytical and methodological frameworks used in various studies; identifies research gaps and directions for future research; and pulls out key findings that may assist concerned ILO units in taking action and formulating policy directions.

Growth can generate virtuous circles of prosperity and opportunity. Strong growth and employment opportunities improve incentives for parents to invest in their children’s education by sending them to school. This may lead to the emergence of a strong and growing group of entrepreneurs, which should generate pressure for improved governance. Strong economic growth therefore advances human development, which, in turn, promotes economic growth. But under different conditions, similar rates of growth can have very different effects on poverty, the employment prospects of the poor and broader indicators of human development. The extent to which growth reduces poverty depends on the degree to which the poor participate in the growth process and share in its proceeds. Thus, both the pace and pattern of growth matter for reducing poverty. A successful strategy of poverty reduction must have at its core measures to promote rapid and sustained economic growth. The challenge for policy is to combine growth-promoting policies with policies that allow the poor to participate fully in the opportunities unleashed and so contribute to that growth. This includes policies to make labour markets work better, remove gender inequalities and increase financial inclusion.

Conditional cash transfer programmes: a useful step in the fight against poverty

Conditional cash transfer programmes constitute an important tool for reducing poverty and promoting social inclusion – two key objectives of the International Labour Organization. Mexico has one of the most successful programmes of this type, which was recently the focus of a seminar at the ILO headquarters in Geneva. But as it was clear from the discussion that followed, these programmes are not exempt from risks.

The ILO report shows clearly that most regions are making progress in increasing the number of women in decent employment, but that full gender equality in terms of labour market access and conditions of employment has not yet been attained.

Economic turbulence largely due to credit market turmoil and rising oil prices could spur an increase in global unemployment by an estimated 5 million persons in 2008. This is one of the main findings in the GET report 2008. This new projection for 2008 is in contrast to 2007, a watershed year in which sound global GDP growth, led to a ”stabilization” of global labour markets with more people in work.

Working together on Gender Equality in Development and Peace

The European Commission, the United Nations Development Fund for Women (UNIFEM) and the International Training Centre of the International Labour Organization (ITCILO) have joined together to support stronger action and advocacy on gender equality to influence the aid effectiveness agenda. The programme ”EC/UN Partnership on Gender Equality for Development and Peace” will support the integration of gender equality as a key driver of development in the international assistance agenda. The programme will also promote the involvement of women in conflict prevention and peace-building in line with the commitments of the UN Security Council Resolution 1325 on Women, Peace and Security. With a total budget of €4,7 million (€2,5 million EC contribution), the programme will have a duration of 3 years (2007-2009) and will cover 12 countries: Cameroon, DRC, Ghana, Ethiopia, Indonesia, Nepal, Papua New Guinea, Honduras, Nicaragua, Suriname, Kyrgyzstan and Ukraine.

Modern Slave Work – A Crass Reality in the Twenty-First Century

Despite all the international organisations and conventions created by the world’s governments in favour of human rights, with respect to labour, the crass reality is that today labour under slavery conditions has become, with the blessing of governments, a strategic factor in the operations of many multinationals that own brands well known by the world’s consumers. In this way, slave work, predominantly in the Southern countries, is quite a stark reality in spite of all the statements in favour of good corporate citizenship and of a sustainable ethos, which only serve to appease our ”good conscience,” but that will not rest until we dare to eradicate this subhuman practice from the face of the earth. By Alejandro Calvillo Unna and Álvaro de Regil Castilla.

Do workers in Chile choose informal employment? A dynamic analysis of sector choice

The degree to which a labor market is segmented and jobs in the formal sector of the economy are rationed is critical to the analysis of coverage of social insurance and pensions. Using unique panel data spanning the 1998-99 contraction in Chile, the author finds little evidence that self-employment is the residual sector of a dualistic labor market, as is often depicted in the literature. Data on transitions between sectors show that self-employment is not a free-entry sector, and that entrepreneurs can be ”pushed” out of self-employment just as others are pushed out of formal employment during economic downturns. But employment without a contract does exhibit many of the features of the free-entry, employment safety net depicted in the dualistic literature.

Small and medium-sized enterprises (SMEs) have confirmed their status as the backbone of the EU economy. They have been the main driver of net employment growth within the non-financial business economy. They represented 99.8% of all EU-25 enterprises in 2003, employing about two-thirds of the workforce and generating more than half (57.3%) of its value added. Economic theory would suggest that economies of scale should lead to larger firms generating more value added per person employed than smaller enterprises. However, this is not necessarily the case within many parts of the service sector, where economies of scale are not so obvious, barriers to entry are sometimes low, and where proximity to market is often of considerable importance.

”Create opportunities by spreading ideas, inspiring creativity and innovation and facilitating opportunities to take shape”. An organisational culture of innovation is a source of inspiration as well as a driver of opportunity. Effective leaders inspire and create a dynamic environment for innovation to flourish. They tend to frequently discuss matters with team members, solicit their feedback and seek to develop new ideas through them. This approach promotes a sense of ”anything is possible”, erases conventional boundaries of thinking and triggers new opportunities for the organization. Young men and women facing livelihoods challenges are often restricted by both perceived and very real limitations on the opportunities that are available to them. When practitioners use creative possibility thinking they set an example that can inspire young people to break down the barriers created by their limited belief in their own possibilities. It is thereafter that their perspective on possibilities widens. When their perspective opens up opportunities emerge. This is a direct result of effective leadership that inspires a culture of open learning, sharing and innovation. (Contributor: Anuradha Bhattacharjee)