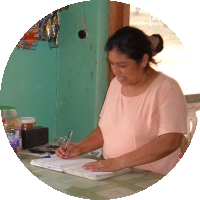 ​The Least Developed Countries Report 2014 says that the international community must learn from the failure of most of the poorest countries to meet the Millennium Development Goals (MDGs) despite registering strong economic growth – a phenomenon the Report dubs the “LDC paradox“.

The Report – subtitled Growth with Structural Transformation: A Post-2015 Development Agenda – says the LDCs are the battleground on which the post-2015 development agenda will be won or lost. Its success will depend on action by the international community and the LDCs to structurally transform their economies and break the vicious circle of human and economic development that has trapped these countries in poverty.

The LDC paradox arises from the failure of LDC economies to achieve structural changes despite having grown vigorously as a result of strong export prices and rising aid flows. Some other developing countries – not categorized as “least developed” – especially those that mostly depend on commodities for production, employment and exports, have also faced a similar paradox.

Yet from 2002 to 2008, LDC growth exceeded the 7 per cent target agreed by the international community, and even after the 2008 financial crisis they grew faster than other developing countries, at an average of 5.7 per cent per year.

Only one LDC – the Lao People’s Democratic Republic – is on track to achieve all seven of the MDG targets analysed in the Report, and only four of the 39 LDCs outside South and South-East Asia (Ethiopia, Malawi, Rwanda and Uganda) are on track to meet even a majority of these targets.

Under the MDGs, global poverty was halved by rapid progress in the more advanced developing countries, the Report says. But a central goal of the post-2015 development agenda is expected to be the eradication of poverty by 2030. This means reducing it to zero everywhere – and it is in the LDCs that this will be most challenging. Their performance will largely determine the success or failure of the whole post-2015 development agenda.

Eradicating poverty in 15 years is a much more ambitious goal than the MDG target of halving it in 25 years, the Report says. Even China has not achieved this, despite extraordinary economic growth and development for twice as long. Moreover, prospects for export prices are now much more uncertain following the financial crisis, while aid to LDCs has stopped increasing as donor countries implement austerity policies.

With the 2015 target date for the achievement of the Millennium Development Goals (MDGs) fast approaching, the international community is taking stock of countries’ performances, and discussing a Post-2015 Development Agenda, along with a much more ambitious new set of Sustainable Development Goals (SDGs) to succeed them.

Global goals such as poverty eradication can only be realized if they are achieved everywhere, and it is in the LDCs that they are the most challenging. Therefore, the performance of the LDCs will be critical to achieving the SDGs.

LDCs have enjoyed unprecedented economic growth since 2000, helped by increasing commodity prices and aid flows. But despite economic growth and substantial progress in human development, most LDCs will not meet the majority of the MDGs. Understanding this “LDC paradox” is crucial to the development of a coherent post-2015 agenda. This report contributes towards that objective.

It also highlights the importance of rural development as well as industrialization in LDCs, and the need to foster synergies between agricultural upgrading and the development of non-farm rural production.

In addition to appropriate domestic policies, achieving the SDGs in LDCs will require concerted efforts by the international community commensurate with the ambition of the new goals themselves.
This includes creating more development-friendly international financial and trading systems, and agreeing on an effective and equitable global response to climate change. Donors will also need to fulfil their long-standing commitments on the quantity and quality of official development assistance.

Since women constitute a large proportion of the population in LDCs and are important contributors to both social and economic development, especially in rural areas, this Report also proposes a new international support measure, Female Rural Entrepreneurship for Economic Diversification (FREED), to bolster the development and consolidation of women’s enterprises in non-farm activities in rural areas in LDCs.